Long before I became a jeweler I gazed into space at the stars. And was fascinated by heavenly phenomena. For a while I thought my dad was an Astronomer. It turns out he was an Astrologer. We didn’t live together, so I bonded with him at a distance by star gazing and picturing him doing research for NASA. Nope.

As a jewelry blogger I knew my blogger life would be incomplete without exploring jewelry from other space loving jewelers. I asked Lord Google to show me some examples of heavenly jewelry and I’ll share some of the space jewelry I found on my virtual search. 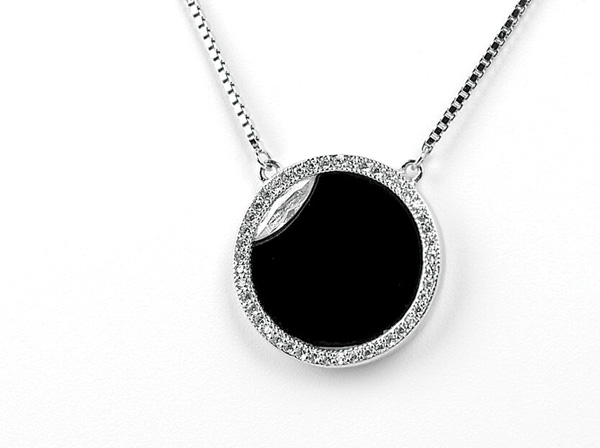 “Corona” Necklace Inspired by the 2017 Eclipse. Onyx and Diamonds Portray Darkness to Light.

In honor of the total eclipse of the sun in Clarksville Tennessee, Elliott Herzlich, owner of Elliott’s Jeweler’s
in Clarksville decided to create a piece of jewelry to honor the historic event. I loved this piece so much I called him to ask a few questions.

He is indeed a space loving jeweler. His wife is Alisa White, President of Austin Peay State University in Clarksville, and a lover of science and collaboration. Their Physics and Astronomy Department partnered with NASA to do research starting two years before the total eclipse, tracking data and launching atmospheric testing devices.

Pictures were provided of various eclipses from NASA as an inspiration for Elliott’s beautiful Corona design. The Corona design celebrates how the eclipse looks after the totality (full eclipse) first reveals a peak at the sun.

Elliott has been a custom designing jeweler for over 40 years. Clarksville is expecting between 200,000 and 500,000 visitors for the 2017 Eclipse. Schools will be closed and events for kids, adults, and hard core science lovers will take place throughout the City of Clarksville. 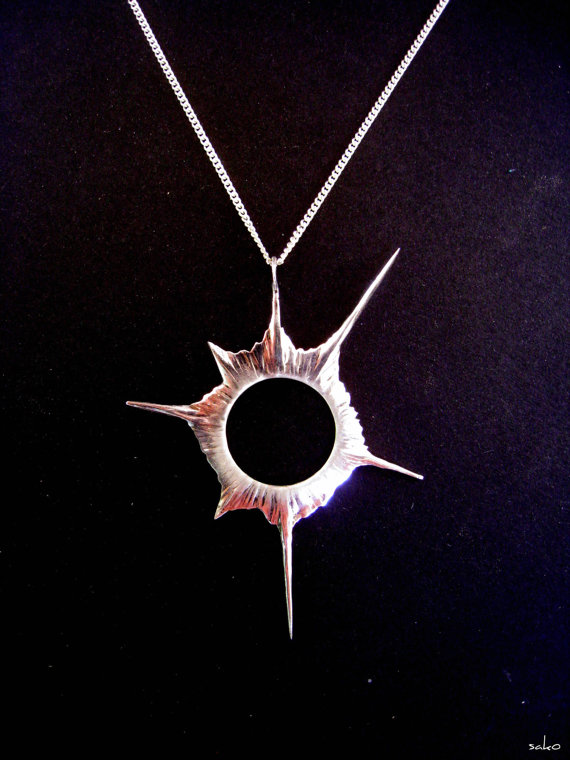 I love this solar eclipse necklace by Jewel Sculpts in Athens Greece.

It reminds me of my client Janie who traveled for years to exotic locales to see total eclipses.

One of my missions for her was to locate eclipse jewelry for her. This was back in the day before the internet. 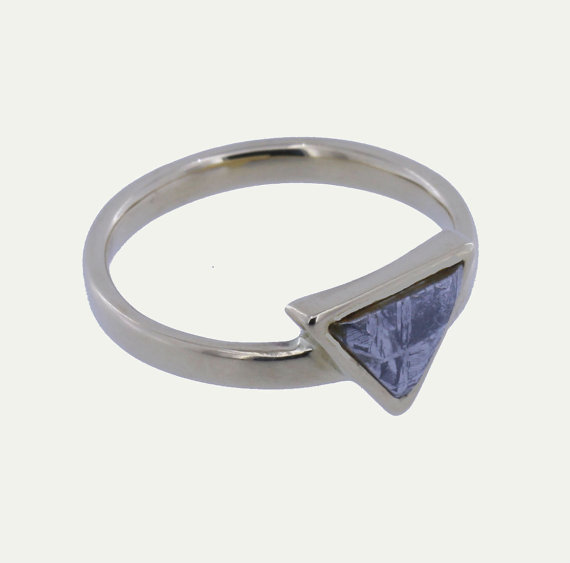 A Palladium Ring with a Piece of Meteorite! By Johan Rust

What better thing to do with a meteorite that has burned a path across the sky than to honor a piece of it in jewelry. You’ll certainly have an “out of this world” piece of jewelry!

Meteorites all have different qualities so if you decide to get meteorite jewelry know that there are choices.

Getting all Technical about Space and a Meteorite 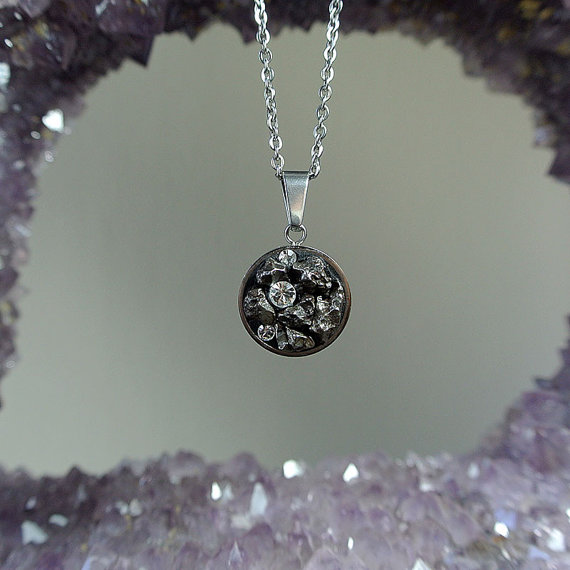 The Cosmos Necklace. Contains actual pieces of the Campo del Cielo meteorite! Wear a shooting star that fell to Earth thousands of years ago! From Diamonds and Coal

The necklace above was made from the Campo Del Cielo meteorite. Here’s information about it from Diamonds and Coal.

ABOUT THE CAMPO DEL CIELO METEORITE:
The Campo Del Cielo iron meteorites were discovered in 1571 about 500 miles northwest of Buenos Aries, Argentina. Testing proved the ‘rocks’ to be meteorites, something that had been claimed by the local inhabitants. It is estimated that the meteorites fell 4,000 – 6,000 years ago at Campo del Cielo (meaning “field of sky” or “heaven) in Gran Chaco, Gualambia. These meteorite fragments are made up iron, nickel, and many different scarce minerals, such as kamacite, taenite, plessite, triolite, graphite, and silicates.

Did you Know About Moissanite? From the Stars? 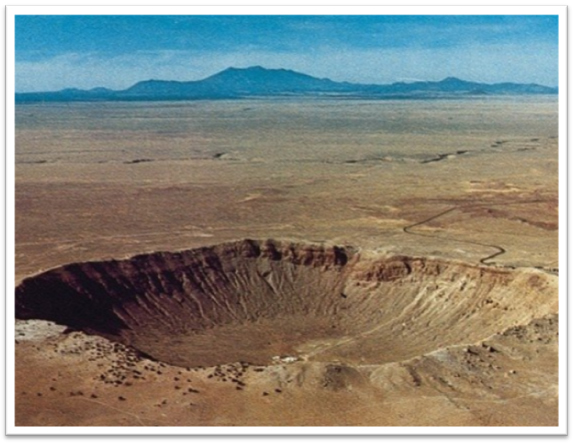 The Crater Moissanite was Found in.

See the crater that was created on earth when the material that eventually became moissanite came to earth. It’s all in my blog post all about moissanite

If you want your meteorite jewelry to be under the radar think about moissanite which looks like a diamond!

I hope you enjoyed this trip to space, jewelry style.

I love to collect antique jewelry and I already have some rare antique designed jewelry. I want to add a cosmos necklace in my jewelry collection. I hope, It will be a nice piece in my exciting collection. Thank you for sharing your space jewelry ideas.

I love these out of the world designs and stones! I am an alien at heart.

Hi Dani,
Then we must have been separated at birth out in the Milky Way, because I’ve been pretty alien for years. I think I need to see Close Encounters again.
Your Personal Jeweler,
Calla

A group of my friends are meeting in Casper, WYO for the eclipse. If I liked them more I would send each the eclipse pendant. Fortunately for my pocketbook, I don’t like them that much.

Hi Sherrill, I love that you are going to see the full on Eclipse. One of my clients really wanted to see it and finally called her chosen Oregon town to make reservations. Crickets, silence, no-vacancy all the way. She asked, “when did people start reserving rooms?” “Three years ago.” So she found an old High School friend in Oregon and has found a bed. But wow. Three years. I can see that if I’d impulsively decided to fly up to Oregon my lack of planning would have me on a rocky hilltop. Have a blast, Eclipse jeweler or not!… Read more »

I love these out of the world designs and stones! I am an alien at heart.

Hi J,
I took have felt alien at times in my life.
Your Personal Jeweler,
Calla