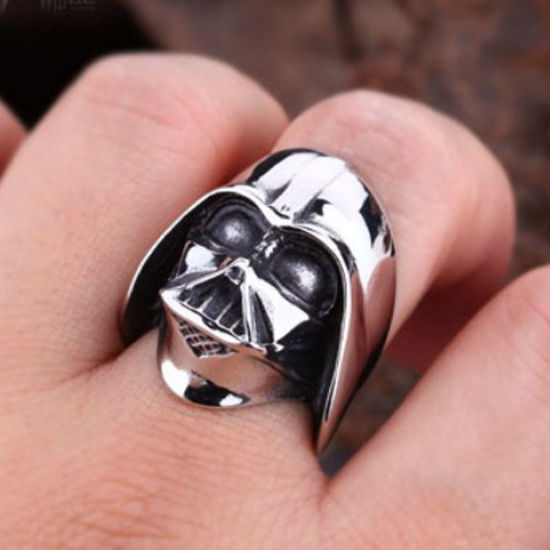 Those who follow my blog know my love of all things sci-fi is only surpassed by my love of jewelry.  Fortunately, many others share my love of both!

With the new Star Wars movie coming up in the near future, I thought I’d share some of my favorite Star Wars jewelry.

This ring is perfect for you managerial types who like to rule with an iron fist! Or just general Star Wars loving bad asses. 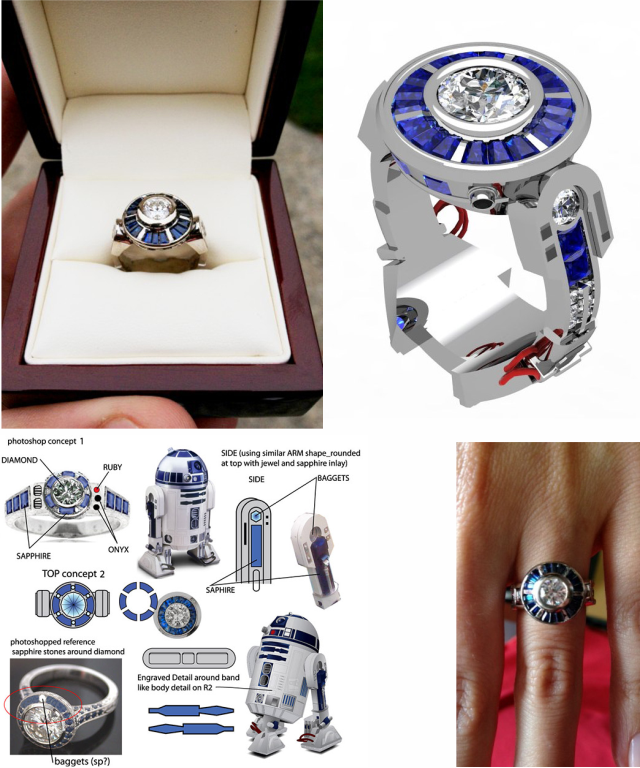 This R2-D2 themed engagement ring has an interesting story.

It was designed by Joe for his girlfriend Emily, who he met when they were both working at the same tattoo parlor.

The ring was brought to life by Paul Mitchell Design and the folks at CustomMade.

Build Your Own Star Wars Ring 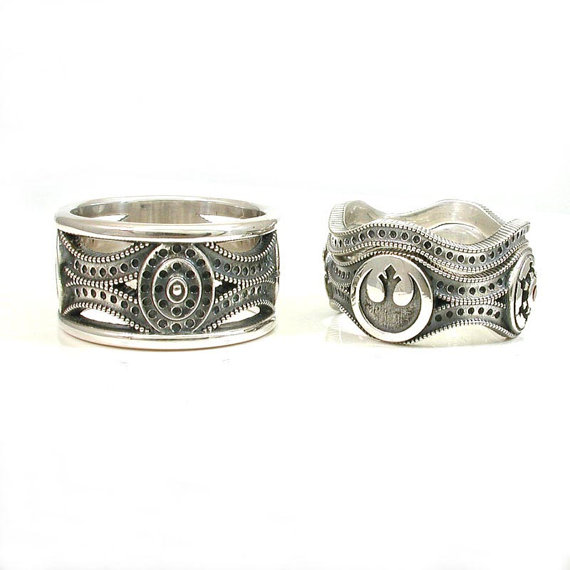 These pictures are just one of many possible configurations that Swank MetalSmithing can do.

Not a fan of a moon-sized space station capable of destroying whole planets?  Then get the Jedi or Rebel Alliance symbol instead.

Do you wish you could get black diamonds?  Maybe rubies?  Totally doable!

This Ring is Not for Scruffy-looking Nerf Herders

Designed by Valerie of Vala Jewellery, this beautiful Imperial ring is perfect for any loyal imperialists!

The center stone is a black diamond, while the outer ring contains black diamonds and blue sapphires.  The ring is made of 14k white gold.

If white gold isn’t your thing, it can also be made in yellow gold or sterling silver!

Celebrate Your Allegiance to Each Other 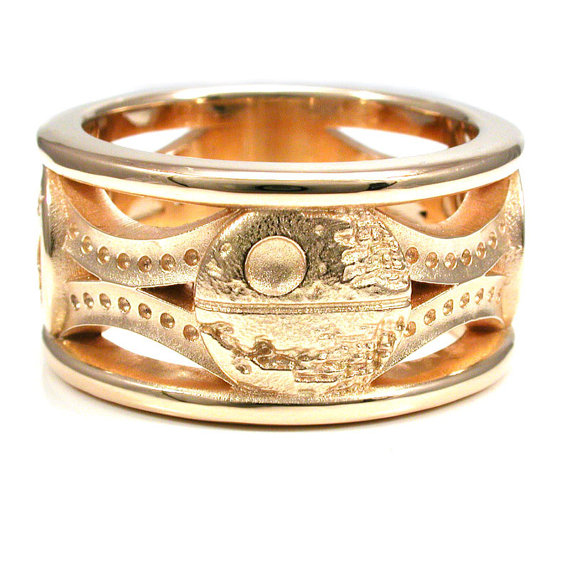 Another design by Swank Metalsmithing that offers the option to swap out the cog for another design.

I personally dig the exploding space station, but almost any other icon will work on this ring!

Which Star Wars universe planet do you connect with the most?  I picture swampy Endor to deserty Degobah. 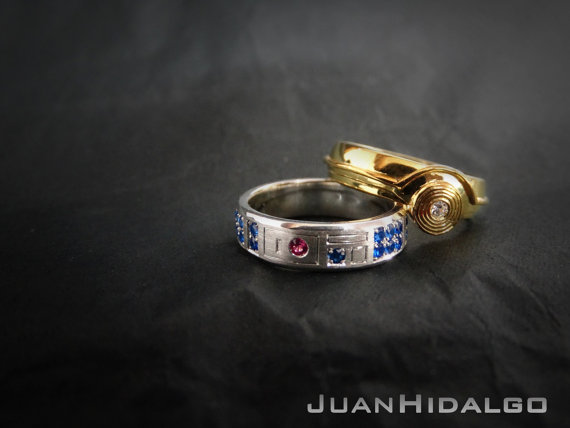 I dig that one ring is based on R2D2 and the other is C3PO!

In my marriage I’m C3PO because of the running commentary and translating for the nods and silent communication from my husband.

I also have blogs on both Doctor Who and Star Trek jewelry!  So if Star Wars isn’t your thing then head on over to these:

Doctor Who, Time Travel and Jewelry

I’m a Jeweler, not a Doctor! Check Out this Star Trek Jewelry!