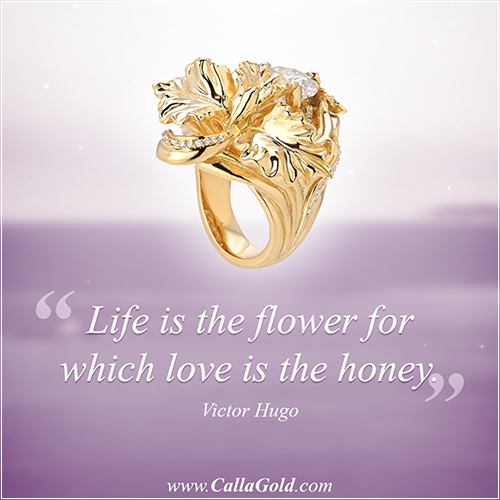 “Life is the flower for which life is the honey.” ~ Victor Hugo

The romantic movement seen in the world of literature would not have been the same without Victor Hugo. He is widely seen as one of the influential poets, novelists and dramatists of this movement. Some of this best known works include “Les Miserables” in 1862 and “The Hunchback of Notre-Dame” in 1831.

Hugo grew up the son of a military office who moved frequently. However, it was these travels that allowed Hugo to write with such dramatic themes and detail! It wasn’t until 1827 that Hugo was seen as the figurehead of the romantic literary movement. The plays “Cromwell” (1827) and “Hernani” (1830), were the two plays that really cemented his standings in the literary world.

While Hugo produced some amazing results in the literary world, he was also a fighter for the rights of artists. He was a founding member of the Association Litteraire et Artistique Internationale. Hugo died in May of 1885 from pneumonia. During his life, he produced countless pieces of art, and is often hailed as a hero in France.