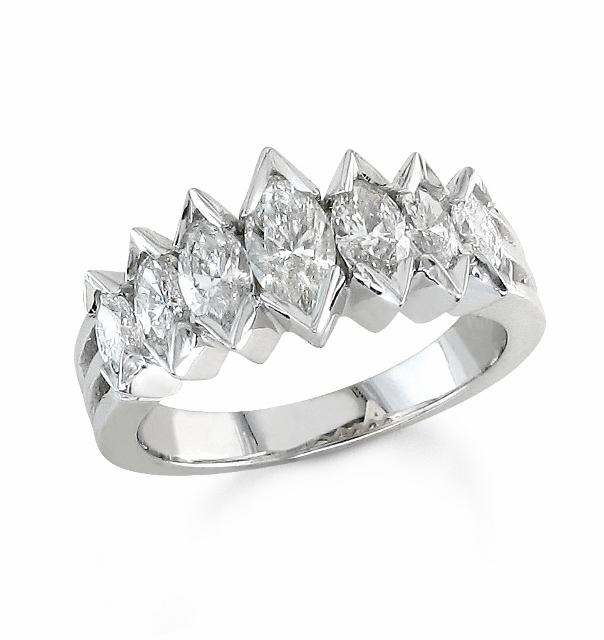 An anniversary band is a ring in which gemstones have been set one-third to one-half of the way around the perimeter.

Anniversary bands can be the same width all the way around or they can be tapered.

Typically anniversary bands are set with diamonds, and they symbolize romance.

Fun Fact: The tradition of giving specific anniversary gifts based on the number of years a couple has been married dates back to the Middle Ages.