Bertsie and Her Lovely Family

When I first met Bertsie, I didn’t realize that her family would unfold like a blossoming flower as I met the different generations. I never dreamed that it would end up an engagement ring story.

Bertsie met me through a longtime friend, who had just hired me to repair several rings. The friend was showing everyone the miraculous resurrection of her childhood baby ring, which had been bent to oblivion.

Bertsie contacted me saying, “I’ve got a pile of jewelry I can’t wear.” And so we met. After a few fixes, re-designs and polishings, her daughter Rhonda got in on the act. Over the years, I cared for their jewelry, added new items to their collections, and helped them find the perfect gifts for their loved ones. I mean, what is a more perfect gift than a thoughtful piece of jewelry?

Amber Loved The Ruby Eternity Band I Helped Her Design!

During this time, I met Amber – a vivacious teenager who was fit, happy, and in and out of the room in a flash. Years passed, before one day, Amber called me to design a ruby ring using gems given to her by her grandmother Bertsie. Together, we created a lovely rose gold ring.

Then Rhonda called and said that her wedding ring had come apart, and that she wanted to redesign it. We had a blast working on that project! 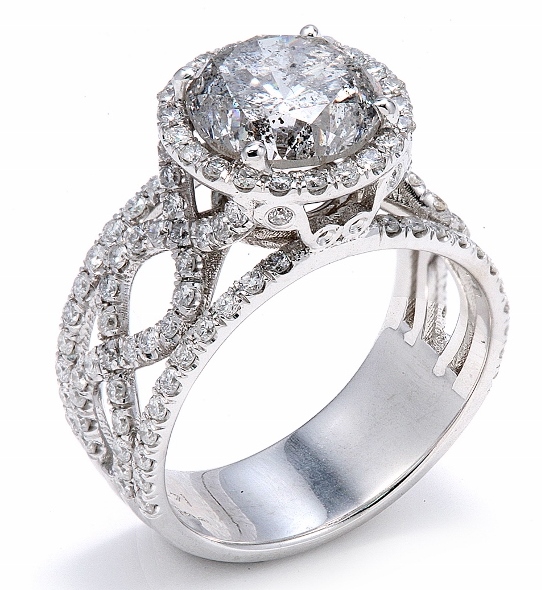 Rhonda’s Re-Designed Wedding Ring was Fun and Perfect for Rhonda.

Amber came to that appointment and let me know she’d met the man of her dreams. Rhonda looked on with one of those big, motherly smiles that says, “I really like him, too.”

Amber told me, “I’d love for you to design my wedding ring when the time comes, but I don’t want to be presumptuous. He hasn’t proposed yet or anything.”

I, too, wanted to be part of her wedding ring design, as she had a great imagination and an eye for beauty.

The Internet Brought me Jeff

Fast forward to three months later. I got a call much like many others I’ve received: A nice young man named Jeff wanted to put together an engagement ring for his girlfriend, and he had a family diamond.

We met up and he showed me the impressive diamond. I asked about his girlfriend’s finger size, but he didn’t know it. He also said that she was creative, and he was worried about creating a ring that wouldn’t fit her taste.

I suggested that I put his diamond in a simple four prong setting so that he could propose to her with that as a placeholder. With the proposal taken care of, we could all work together to design a ring she would love! 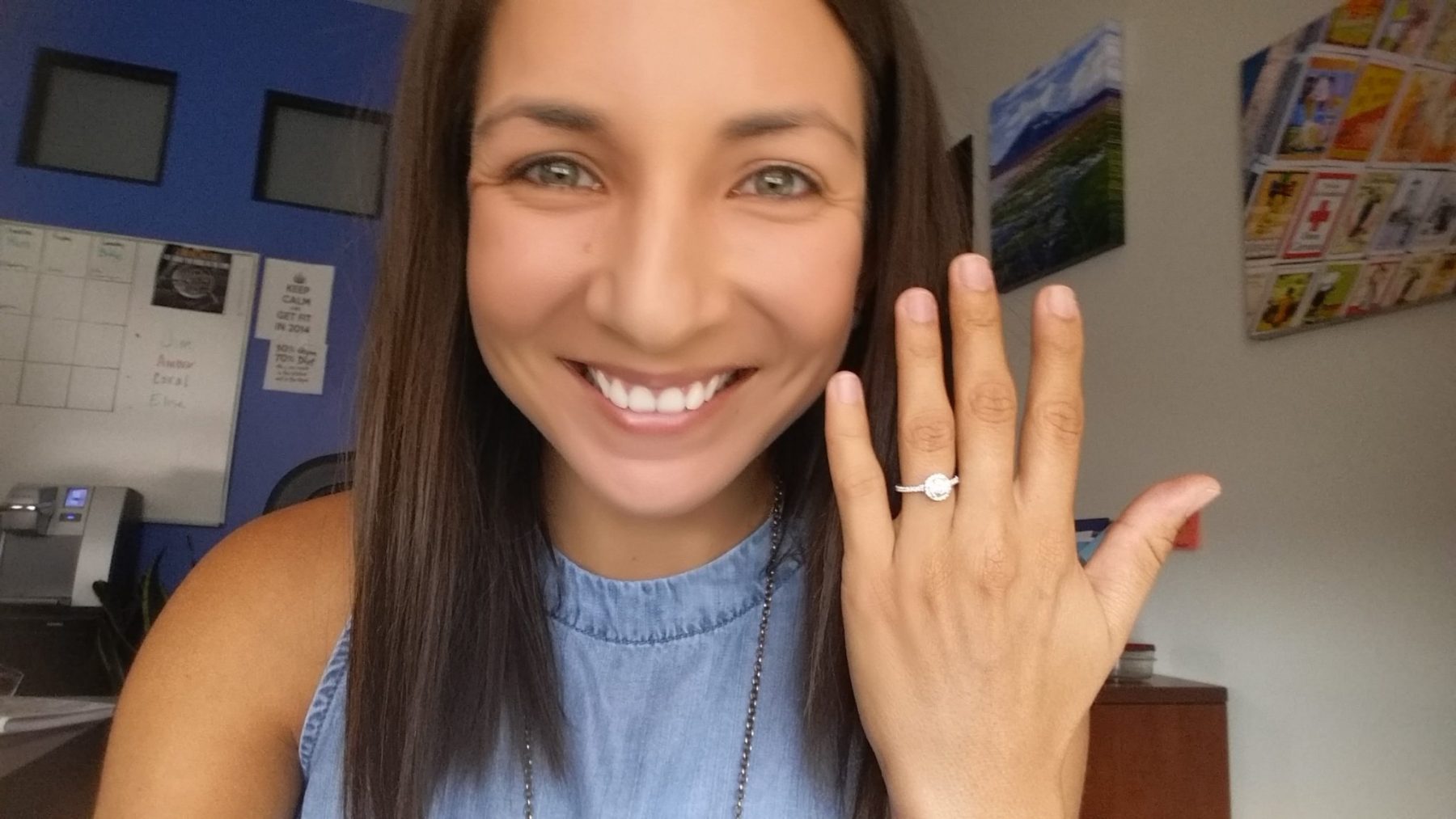 Amber Could Hardly Contain Her Excitement After Jeff Proposed to Her!

We still had to figure out her finger size. I suggested to Jeff that he bring me one of his girlfriend’s rings so that I could measure its size.

He called me that next Monday and said, “Boy, she doesn’t have many rings, but I finally have an opportunity to bring you the one she wears all the time. Can I swing by so that we can measure it before she notices it’s missing?”

He walked in, and I pulled out my mandrill, a measuring pole. When he opened his hand, I was speechless.

“Your fiancé is Amber!”

“Wow. I picked the right jeweler!”

“I am so excited. When you tell her that she can call me to design her ring, she is going to flip! Your mother-in-law-to-be is going to be so amazed. You are going to be such a hero, and for sure the smartest guy in the room!”

A Happy Union, And A Happy Jeweler

Amber was over the moon to say “yes” to Jeff and to design her ring with me. It was pure joy, and so I share this engagement ring story with you.

Amber and Jeff have recently gotten married and shared their ring pictures with me. Take a look!

Beautiful story! Reminds me of when I met my fiancee. I was so nervous, though, when giving her the engagement ring and popping the actual question. Was never sure if the diamond was big enough, but hey… we’re engaged now so I guess it was!

Hi Ed,
Thank you for letting me know about your feelings about getting your engagement ring for your fiance. And congratulations on your engagement. I think you did just fine.
Your Personal Jeweler,
Calla

I’m Rhonda’s cousin and this is the first I have heard of this.:) How cool to be apart of the full circle of my Aunt, cousin and little cousin of their beautiful jewerky.

Dear Gayle,
It has been a highlight of my arc as a jeweler to have the continuity of your family over the years to add to their stories to my life experience. I was so thrilled with finding out that Jeff’s fiance was Amber and jumping up and down inside imagining the reveal when Amber found out who the jeweler he chose out of the blue was.
They are a wonderful couple. And I love your family. I’m so pleased you enjoyed the story.
Your Personal Jeweler,
Calla