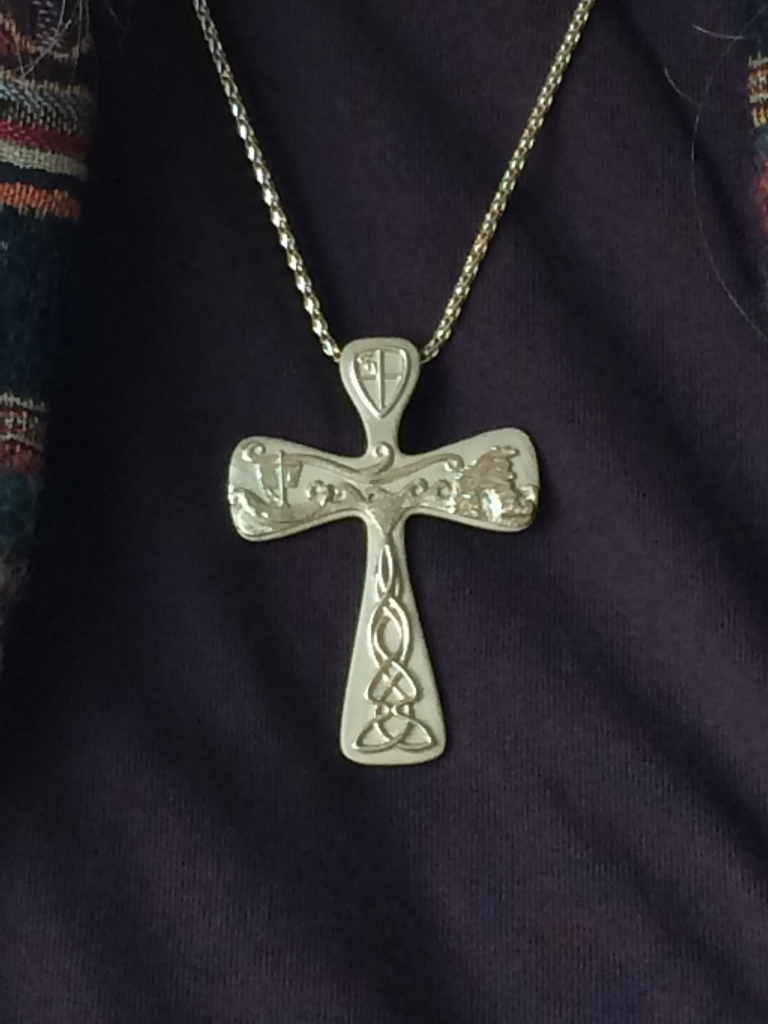 When J visualized his wife’s future birthday, he wanted to create a gift that would resonate with many facets of his and his wife’s lives together. But especially her passions. C is an Episcopal priest and deeply religious. One of the places they had visited in the past was the Isle of Iona in the Scottish Hebrides.

In this post I’ll share the making of the Isle of Iona Cross and how we picked the themes to honor in the design. I’ll also answer questions about the making of a special piece of jewelry for someone you love.

I Believe There is a Designer in Each One of Us

In order for me to create a special and meaningful custom design, I am greatly helped by the stories and input of my clients.

In creating a piece like the Isle of Iona Cross, it is that unique viewpoint and input of someone like J that elevates what we make to that magic piece that elicits an emotional response.

How Do You Get Those Details Across?

J and I went through about nine iterations of drawings and wax model tinkering to get it just right. I used

Pinterest to capture various images that could be inspiration to various elements on C’s cross.

J and I would discuss which images had elements to add to the cross.

J also sent me pictures from their last trip to the island which were very valuable. I found that the internet images didn’t go as far or get as detailed as I needed. His images filled in a couple of very important blanks for me. Once I had corralled the main inspiration images I created a Paint document, a collage of all our chosen inspirations.

How Did You Get From Random Details to an Ordered Idea of Layout? 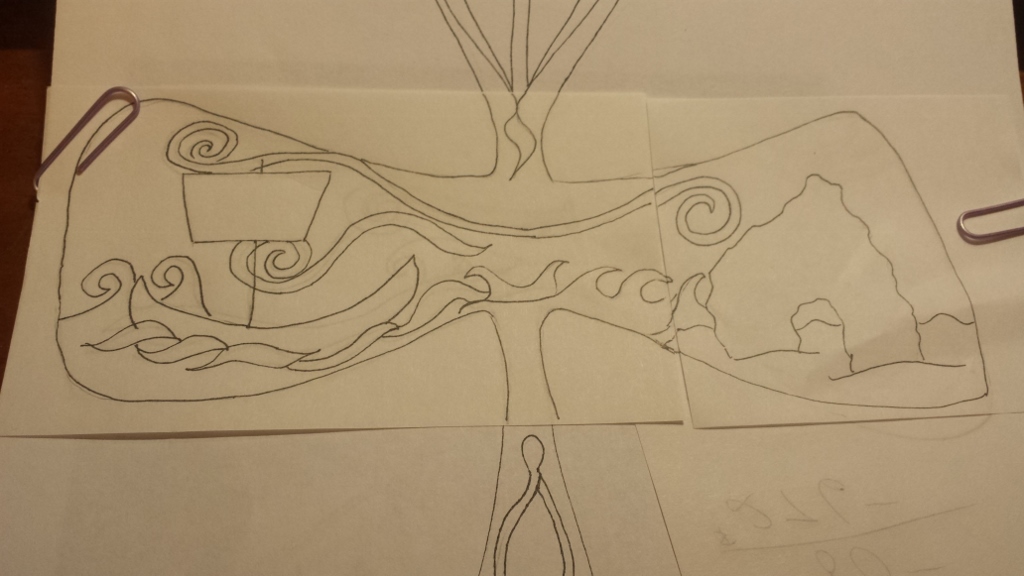 Detail from the Final Version Drawing

Once the details on the Paint doc were approved, I drew a series of pictures of the whole cross with each individual element in its place.

With J’s input I changed the placement of some of the images and added Celtic waves and clouds for a flowing feeling that the open space of the island inspires. One of the elements chosen proved too difficult for the space that was available for it, so we chose another image he liked and that’s when the piece really came together.

How Did You Meet to Go Over the Details and Iterations?

We used email and phone calls to discuss little changes and detail tweaks. This process could be done at a distance. Even so I really appreciated that I could have a face to face meeting if I needed.

How Long Did it Take to Do This Project?

Normally I tell my clients that a custom creation will take 4-6 weeks, but I knew this was different. I said “I’d like 90 days for this project.” Happily J said “You have four or five months. Don’t worry, take your time so we can get this just perfect.”

Having no time stress made it easier when we needed to rethink that one last sticky, not working, detail. The arch left from a monastery hundreds of years ago overlooking the ocean was the final detail we used. I think it ended up being my favorite. If it’d been rushed it never would have made it in.

What Does this all Really Create?

When I was finished with this project I looked at it a long time. It was very meaningful to me for the time and creativity that went into it.

Knowing that it was a gift of love from a happily married man to his wife made it more meaningful to me.

That he took the time to plan a trip back to the island to give it to her on her birthday after their many years ago trip to that same island captured my imagination.

Then there was the time between when I delivered it to him and when he gave it to her. It was probably two months, but felt like a year. I was dying to see if she liked her Isle of Iona Cross. And then I got this email. Full disclosure, I cried. Happy tears. I share here C’s email to me: 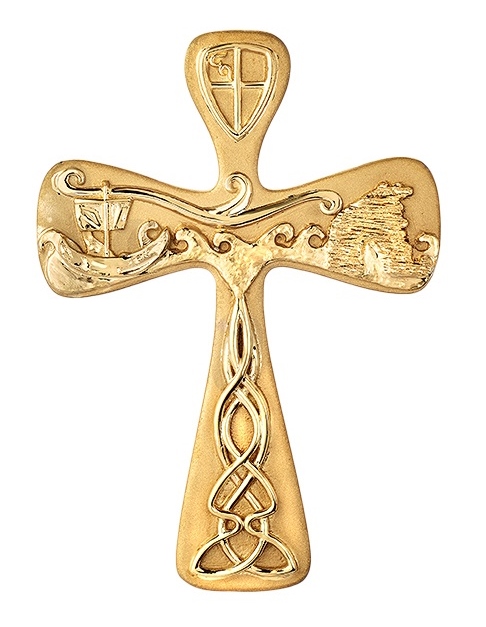 C’s Isle of Iona Cross. A Joy to Create

J and I are back from our UK trip, and you are first on my email to-do list! Over the years, your talents have produced very happy birthdays and anniversaries, but this one is in a class by itself. I am delighted, and touched, by the obvious expenditure of time, creativity and craftsmanship that created this masterpiece in miniature.

We were on the island of Iona on my birthday, having supper next to a window overlooking the Island, with the Abbey and ocean spread before us, when J handed me my birthday present. When I opened the box, it literally took my breath away. As a priest, and as a wife, the piece is deeply meaningful to me. Such deep thought and care, and flawless execution. It brought tears to my eyes, and an enormous smile to my lips. Each time I have examined it since, I feel renewed awe.

Thank you for working so patiently with J and bringing such care to your work. Your talents produce lovely results, indeed, but also touch hearts.
With gratitude and affection,