Designing in a Favorite Style

Tamar Thought This Large Aquamarine Would Look Better In A Pendant

Tamar had a large, beautiful aquamarine that was trapped in ring far too small for it.

She envisioned turning it into a beautiful pendant to wear with her John Hardy necklace.

There was a particular style of pendant from John Hardy that Tamar really loved, but she could not find a jeweler that would design it with a custom setting for her pendant idea – they only offered specific pieces of completed jewelry.

They Say, “You Can’t Always Get What You Want.” Really? 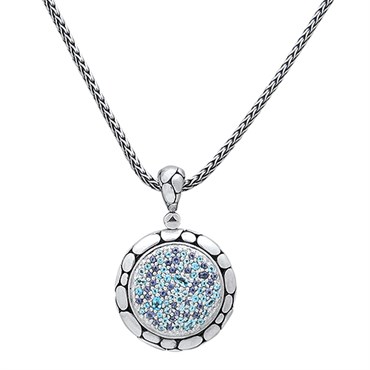 Tamar wasn’t ready to give up. She decided to find a jeweler that would create a pendant for her aquamarine.

Tamar’s husband learned about her predicament and suggested that she contact me. I had previously worked with him to redesign an inherited piece of jewelry, and he was really happy with the results!

We met up and Tamar was very clear on what she wanted: a lightweight pendant that could be worn casually.

I was ready to make that happen!

Being Part of the Process

CAD Helped Us Approximate The Design, But Ultimately Just Wasn’t Giving Us The Right Look

I began designing the pendant in CAD, but wasn’t able to get the elegant, freeform design that Tamar was looking for.

When we reviewed the digital mock-ups, Tamar and I mutually decided that we would be better off carving the wax mold by hand.

Tamar’s pendant was going to be oxidized, so she was very particular about designing it with a three-dimensional “pop.” All of the recesses needed to be just right to create the effect she was looking for. 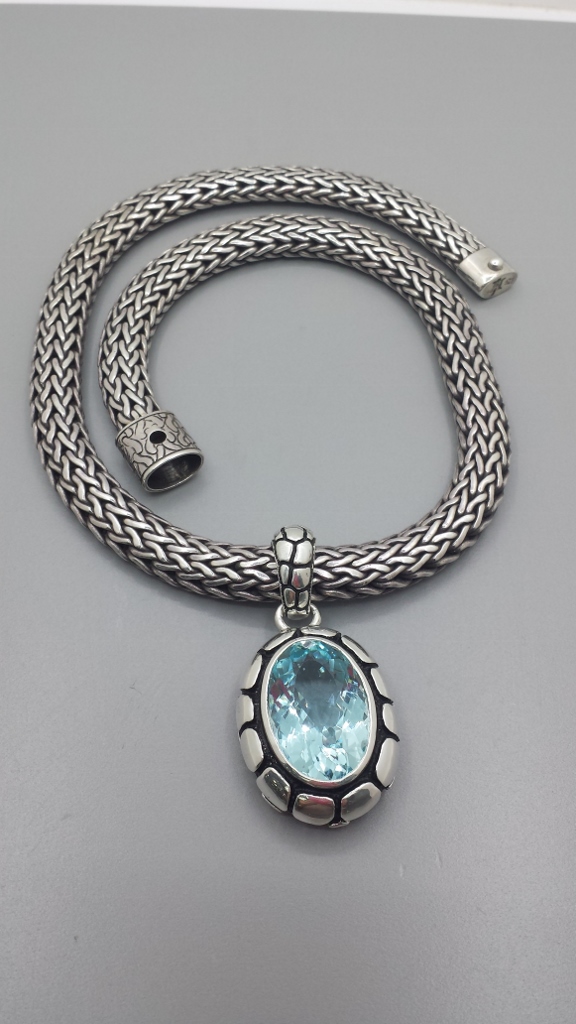 Tamar’s Finished Pendant, At Home On Its Chain

Tamar wasn’t in a rush to get her finished pendant, and we decided to take as much time as necessary to get every aspect just right.

When I’m asked to design something in another jeweler’s style, I believe that it’s crucial to be true to their aesthetic. Thankfully, Tamar understood that this type of work requires time, patience, and meticulous attention to detail!

After three months of altering and re-working designs, Tamar had the aquamarine pendant she had envisioned, and I had another happy client!

I’m so glad you were able to create the perfect necklace for her! What kind of jeweler would say “you can’t always get what you want”?!? I’m so happy you were able to help her. It’s beautiful!!

Hello Leighton, Thanks for weighing in on Tamar’s necklace. I love it too. I can see why a store selling Hardy jewelry might say no since it is much easier to sell finished figured out jewelry than make something from scratch. Believe me I know that, not that it ever stops me. There is a chance that the salespeople never asked if the factory would consider having her gemstone shipped back to them to customize it. It’s hard to know if your custom request is really truly explored when you ask a salesperson at a department or mall store. I… Read more »

Calla, this is beautifully done. You were very faithful to John Hardy’s style. Brava!

Hi Nancy,
Thank you for your feedback on my designing in John Hardy’s style. I love his work and freeform style.
Your Jeweler Friend,
Calla

I love acquamarine and that is one gorgeous stone! It looks perfectly beautiful in its new home. I know Tamar is one happy camper.

Hello Linda,
I love hearing your feedback about Tamar’s aquamarine. She is a happy camper and I’m so pleased!
Your Personal Jeweler,
Calla