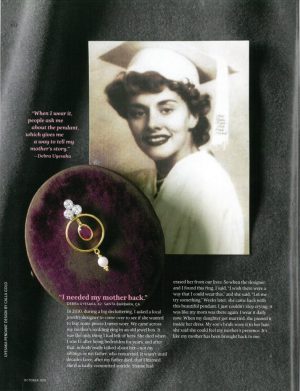 A Story of Loss and Inherited Jewelry

Debra’s lovely story, which was featured on a previous blog post of mine, caught the attention of Dr. Oz’s magazine, The Good Life.

This wonderful re-working of Debra’s mother’s wedding band into a piece of memorial jewelry for Debra to wear was a meaningful project for us both. Her story and our inherited jewelry project were featured in Dr. Oz’s The Good Life magazine.

Since the size of the image doesn’t allow you to read the story very well I’ve included it here.

“I needed my mother back.” 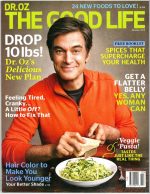 This is the Issue of Dr. Oz The Good Life That the Article is in

“In 2010, during a big decluttering, I asked a local jewelry designer to come over to come over and see if she wanted to buy some pieces I never wore.  We came across my mother’s wedding ring in an old jewel box.  It was the only thing I had left of hers:  She died when I was 15 after being bedridden for years, and after that, nobody really talked about her – not my siblings or my father, who remarried. 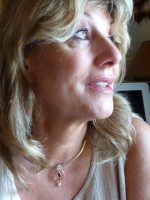 It wasn’t until decades later, after my father died, that I learned she’d actually committed suicide. Shame had erased her from our lives. So when the designer and I found this ring, I said “I wish there were a way that I could wear this,” and she said, “Let me try something.” Weeks later, she came back with this beautiful pendant. I just couldn’t stop crying; it was like my mom was there again. 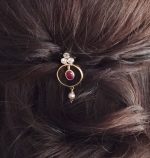 I wear it daily now. When my daughter got married, she pinned it inside her dress. My son’s bride wore it in her hair; she said she could feel my mother’s presence. It’s like my mother has been brought back to me.”

Her story is really moving to me and now a wider audience will see how she honored her mother’s memory. I loved being part of that story in a tiny way.

Calla, what an extraordinary story of making a piece of jewelry to remember someone you love and miss! The piece is beautiful, and congratulations on your feature in Dr. Oz The Good Life!

Dear Alexandra,
Thank you for your kind words. I’m so thrilled that Debra with her moving story was recognized nationally. And having the piece I made in the magazine is really cool!
Your Personal Jeweler,
Calla

I found Debra’s story very moving. There are often aspects of a family’s life that do not get discussed that confuse children.
The healing power of wearing a piece of jewelry and understanding something unique about who you got it from is important.
How lucky for you to be a part of this incredible story.

Dear Tracey,
Thank you for your nice comment. I do feel honored by the trust Debra had in me. Stories like this move me.
Your Personal Jeweler,
Calla

Hi Amy,
I’m so pleased you had a reaction like mine to her story. And you are a most discerning, psychic and otherwise observant person. I do indeed wear those many hats at different times. Mostly teacher, which I love, which is why I blog.
Thank you for your kind words.
Your Personal Jeweler,
Calla